Religion and Modernity, McGill University, 2012 Click here for the video. In the 2012 conference Religion and Modernity, Philosopher Ronald Beiner spoke about religion and its tension within Western liberal secular societies: while liberal societies in the West provide a “breathing space vis-a-vis religion” to ensure the public agenda is not “subject to dictation by religious authorities” but the deliberation of “citizen to citizen”, the problem however is to explain why it is illegitimate for religious expressions to have “leverage” on “power and authority”. There is a paradox, contends Professor Beiner, for… Read More

Dr. Charles Taylor and Dr. Roger Scruton on the Sacred and the Secular 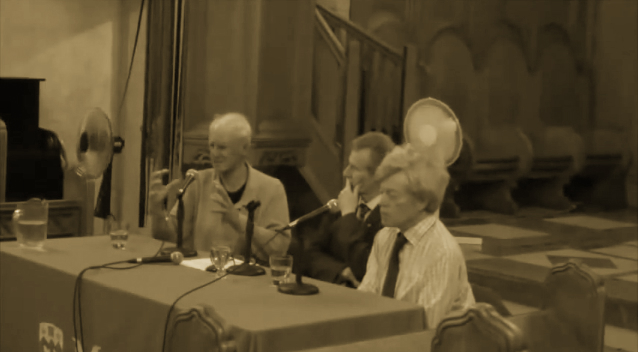 Thinking the Sacred with Roger Scruton, McGill University, 2014 Click here for the video.  In 2014, McGill University hosted a panel discussion with philosophers Charles Taylor and Roger Scruton on the sacred and the secular in modernity. The panel discussion took part within a broader conference titled Thinking the Sacred with Roger Scruton which had examined the ways the secular has been shaped by the sacred. The central question this particular panel was concerned however was whether a secular public sphere could continue to regulate and find within itself shared ethical sources without public religious… Read More