Dr. Natalie Zemon Davis, University of Toronto and Henry Charles Lea Professor of History Emerita Princeton University In the featured presentation of the 2010 Holberg Symposium, Holberg Laureate Dr. Natalie Zemon Davis delivered a brief yet pithy lecture on the subject of decentering history, local stories and cultural crossings in a global age – an inspiring alternative approach to writing global history in a globalized world. In her presentation, Davis defended the plausibility of writing decentered and local histories as a suitable approach for recounting the past in our global world. The… Read More 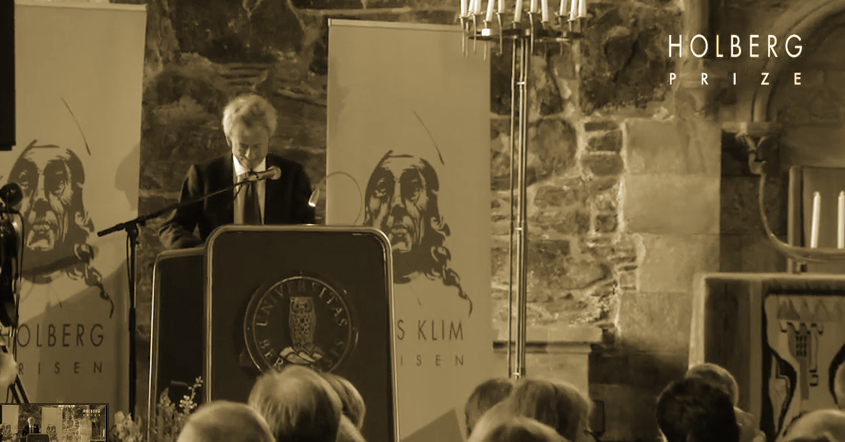 At this Holberg Award Ceremony and Lecture, 2014 Holberg prize recipient Historian Michael Cook spoke of his work on the history of the Islamic world and Islam in history. In his brief presentation, Cook gave a rare inflective autobiographical sketch into his early ventures in archeology and how other early formative “mental habits” impacted his work as a British historian. The task of the historian, much like that of the archeologist, he described, is to “reconstitute the past from the fragmentary evidence that survives from it”.

Professor Peter Singer on “The Why and How of Effective Altruism”

Ira W. DeCamp Professor of Bioethics in the University Center for Human Values, Princeton University At the 2013 TedTalks, Princeton University Professor Peter Singer spoke about the growing movement of “effective altruism”; the idea that our voluntarism and/or monetary donation(s) should focus on campaigns and organizations that effectively spend and are effectively directed to help the most people possible the most efficiently. Click here for the remainder of my summary. Click here for the video.