Dalhousie University, Mackay History Lecture Series, Halifax, Nova Scotia. The 2014 Mackay History Lecture series will feature on November 20th 2014 a public lecture by internationally renowned Professor Maria Subtelny (Department of Near and Middle Eastern Civilizations, University of Toronto). The lecture is entitled “Rules for Rulers: Political Ethics in Medieval Islam”. She will be speaking on the history and culture of medieval Iran and Islam. For more information about the lecture, please visit the Mackay History Lecture website. Professor Subtelny received her PhD degree from Harvard University and has been teaching… Read More

In this featured post, the spotlight is on acclaimed and distinguished First Nations Director, Producer and Order of Canada recipient Alanis Obomsawin and her celebrated body of work in the last 40 years. In one of her latest interviews (with Q), Alanis spoke of her recent documentaries Hi-Ho Mistahey! and The People of the Kattawapiskak River / Le peuple de la rivière Kattawapiskak and in particular of the sacredness of listening in her approach to capture the dignity that even the most impoverished people and communities like Kattawapiskak have found in their… Read More

At this Holberg Award Ceremony and Lecture, 2014 Holberg prize recipient Historian Michael Cook spoke of his work on the history of the Islamic world and Islam in history. In his brief presentation, Cook gave a rare inflective autobiographical sketch into his early ventures in archeology and how other early formative “mental habits” impacted his work as a British historian. The task of the historian, much like that of the archeologist, he described, is to “reconstitute the past from the fragmentary evidence that survives from it”.

Justice Murray Sinclair At the Symposium on Reconciliation 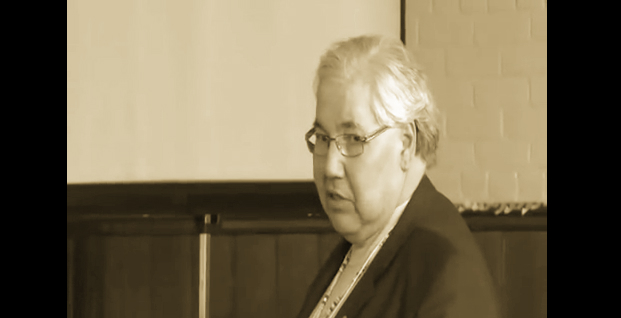