Shirin Neshat on “From Photography to Cinema” 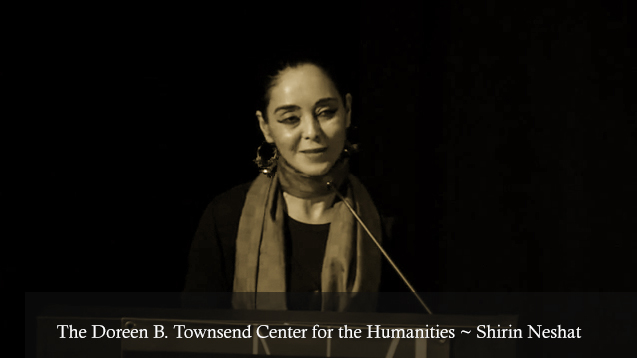 March 19th 2013, University of California, Berkeley Click here for the video of the lecture. In this entry, we review once more one of the most #PersonallyInspiring figures we have covered here at Integrating Horizons: the Iranian born artist and filmmaker Shirin Neshat. In the following video of the 2013 Doreen B. Townsend Center for the Humanities, Regent’s Lecturer Series, Shirin reflects on her own “untraditional” professional journey and how it has contradicted the many structured approaches she had received at U.C. Berkeley. In her lecture, she underscored the importance of her time away from being… Read More

Professor Shirin Neshat on “Transitional Behavior: Images and History”Institute for Strategic Dialogue, University of Oxford At the Institute for Strategic Dialogue in 2012, Iranian artist and filmmaker Professor Shirin Neshat presented a brief autobiographical lecture re-titled “Transitional Behavior: Images and History” as visiting Oxford University Professor in Contemporary Art. In reflecting about the process and evolution of her own work in photography to video, cinema and experimentations with theatre and live performance including Ballet, Professor Neshat argued that as an artist the transitional character of her work has always closely mirrored her… Read More