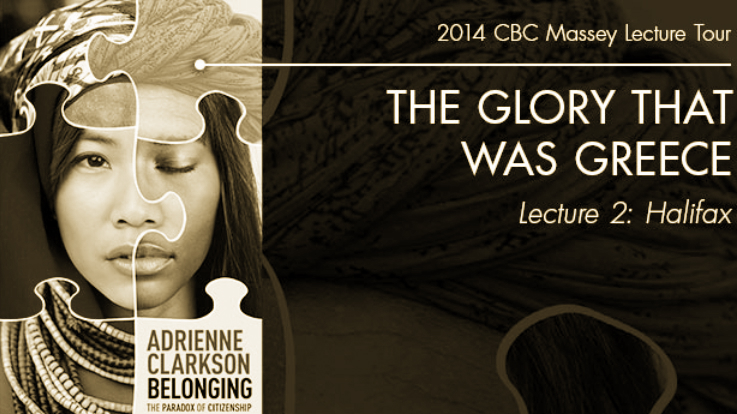 Right and Honorable Adrienne Clarkson, Rebecca Cohn Auditorium – Dalhousie Arts Centre The Right and Honorable Adrienne Clarkson will be delivering her second CBC Massey lecture Belonging: The Paradox of Citizenship on Tuesday, October 14th, 2014 at 7pm. The lecture is titled “The Glory that was Greece”. In the presentation, the former Governor General of Canada will trace the concept of citizenship from the classical worlds of Aristotle and the Ancient Greeks in the reflections about the intellectual democratic heritage available to us in understanding contemporary questions of diversity and modern societies…. Read More

Boston College, 2011 Click here for the video. In the following interview, Philosopher Charles Taylor discusses the insights that can be gained by understanding the historical and cultural frameworks of Western secular modernity as contexts in which discussions or the content of religion have not only in some sense occurred, been inherited and must now occur and be justified in new settings but also distinguishes it as one kind of modernity amongst many other emerging modernities in the world. When thinking about the role of Christian thought in the North-American and European… Read More 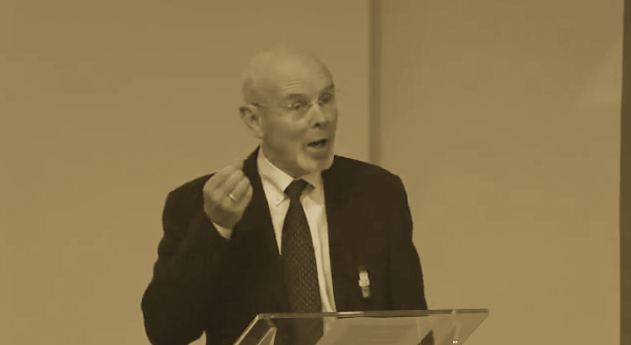 Professor Julia Annas on “What does it mean to flourish?”

Professor Julia Annas on “What does it mean to flourish?”2011 University of Pennsylvania  At the University of Pennsylvania distinguished speakers series, Philosopher Julia Annas presented a brief philosophical paper on the meaning of what it is to flourish. Professor Annas argued that what is often presumed in discussions on happiness is that it is more than a mental state of being happy but also about improving people’s lives — the very idea of flourishing itself. What we ordinarily mean when we talk about happiness is actually a social goal, indeed the notion itself… Read More

Philosophical Matters: The Meaning of “Being at Home”

Philosophical Matters: The Meaning of “Being at Home” A large part of my own work has been trying to define the philosophical meaning of what it is “to be at home”. I have been particularly interested in the way we often speak today of our sense of being at home, how it affects what normative significance it has in terms of how things matter for me and how this matters to institutions and governments, indeed for thinking about the major social global issues which we face at the moment, and more philosophically, how… Read More